Today, the Bureau of Labor Statistics released its monthly “Employment Report” that showed the U.S. added jobs for the 86th consecutive month and unemployment remained in the range of full employment at 4.1%.  While the recovery out of the Great Recession was slow, we are currently beyond the recovery phase and into the expansion phase. Just this past month, the economy finally hit a major milestone, reaching its potential growth rate after an output gap that lasted for nine years.

The U.S. economy is running at its full potential for the first time in a decade https://t.co/7xXn3INg7G pic.twitter.com/awc6UrdgWO

Economists measure the economic health of a country through a measure of economic growth called GDP. In advanced economies like the U.S. where the total level of GDP per capita is already high, potential GDP growth is limited compared to developing countries where productivity gains through better technology and infrastructure are still being implemented.  The CBO estimates potential GDP, revising estimates as new information about the labor force and productivity become available. Long-term, this growth rate is estimated at 1.8%.

The Central Bank of the U.S., the Federal Reserve, is tasked with a dual mandate of achieving maximum employment while keeping inflation low.  With the unemployment rate low and the economy back to its potential, the Fed is hiking interest rates to ensure inflation remains tame. Rising interest rates slow the growth of an economy by making lending more expensive, something that is necessary to prevent catastrophic boom and bust cycles.

The Fed is not the only government body that can affect the economy, though. Congress can also cause the economy to slow down by raising taxes and/or cutting spending or speed up by lowering taxes and/or increasing spending. Congress’s proposed tax plan comes at an odd time as the stimulative nature of the tax cuts contrast against the initial steps of more restrictive Fed policy.

This is important because GDP can’t grow above potential GDP for long before overheating and sparking inflation. In the recent past, each time the economy exceeded potential GDP it ended in recession. 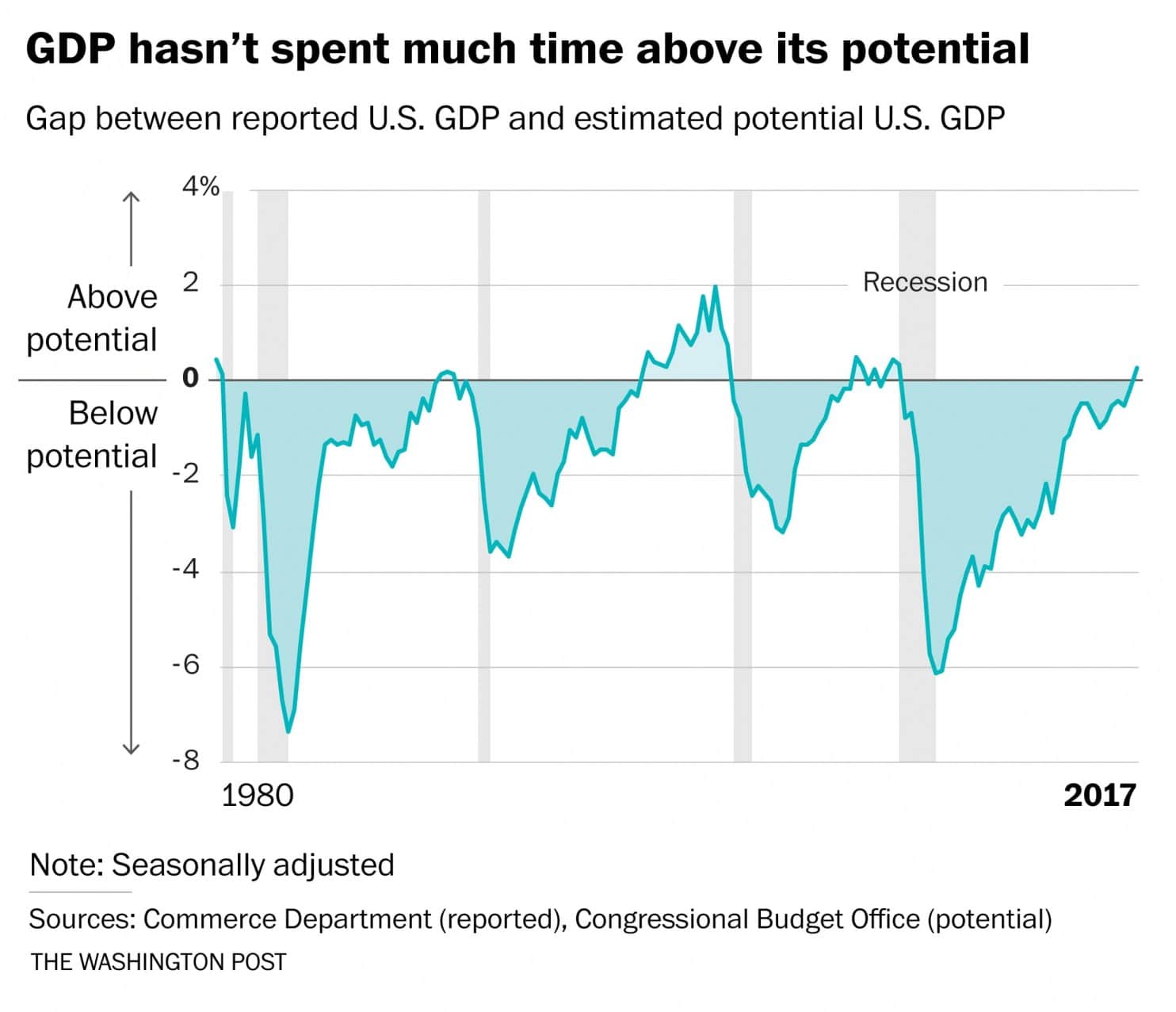 Some have suggested that 3% to 4% should be the target for economic growth rather than 1.8% but this type of growth above potential would be unprecedented. Here is the same chart as above showing the effects of 3-4% growth: 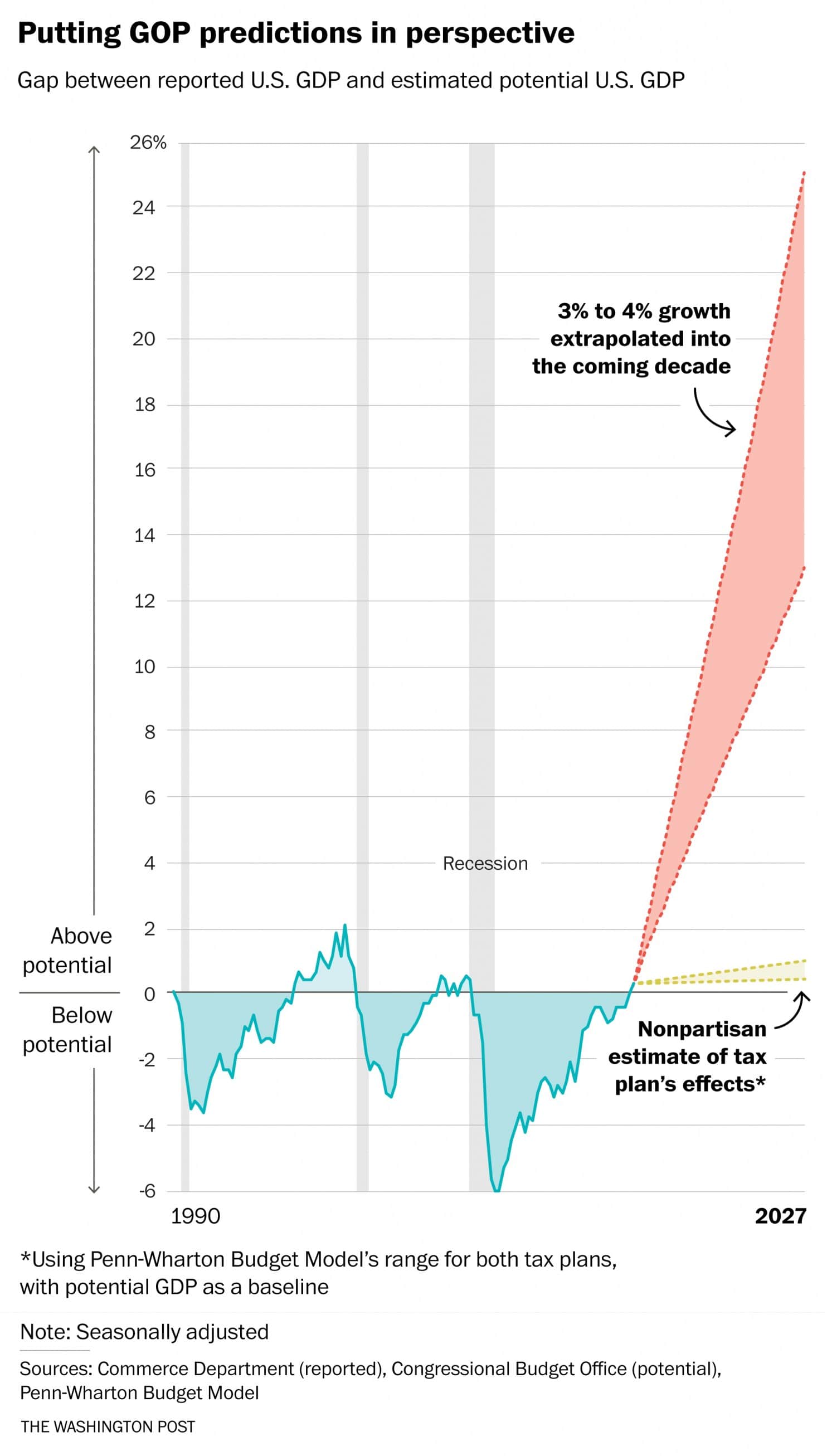 Too little and too much growth are both bad. It is ideal is to maximize sustainable growth, which is to grow at approximately the rate of Potential GDP.