One of the oldest and longest lasting Wall Street adages goes sell in May and go away. Proponents of this strategy argue for going to cash in May, skipping the summer months altogether before buying back in October.

The adage gained popularity of late due to the subpar summer returns during the 2000s.

This may seem like compelling evidence but an investor employing this strategy sacrificed 6.1% annually since the Financial Crisis ended. This result is consistent with other studies that show positive – if weaker – historical returns from May to October.

There may be times when Sell in May works but like other market timing strategies and as we found in 2012, the results do not hold over time. If two investors invested $1,000 in the S&P 500 in 1990 but one of them went to cash from May to October and the other stayed the course, the investor who stayed the course would be $3,919 richer at the end of 2014. 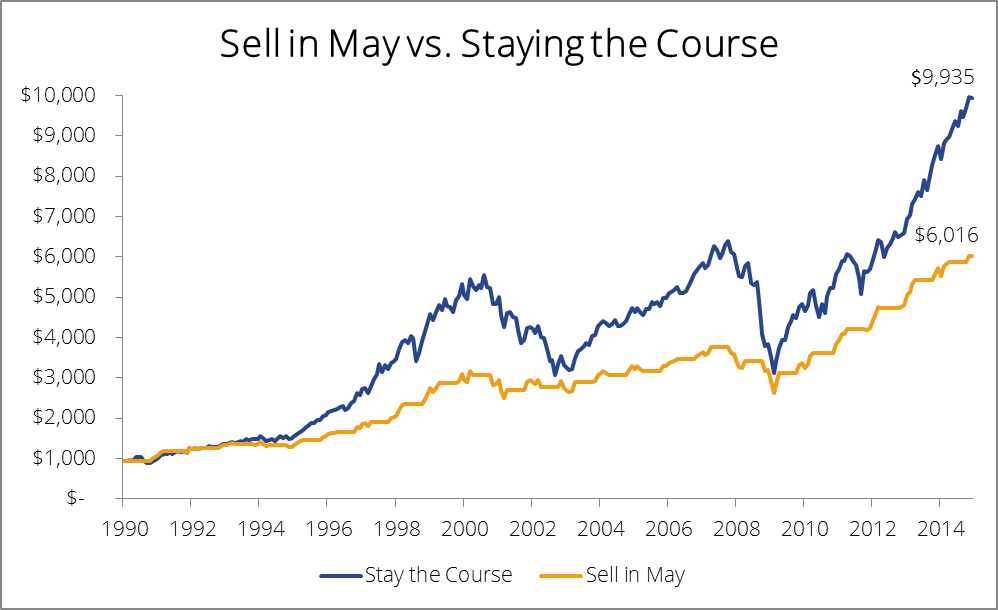 No one knows which direction the market is going to go this summer but history shows that the patient investor who keeps her money in the market wins out in the long run.