We often receive feedback and questions about current events in the stock market. Recently, popular topics are our SSR strategy positioning, the election and the looming December interest rate hike decision. Below is a Q&A addressing each topic.

Q: Small-cap stocks slightly outperformed large-caps in September and have shown some momentum recently. Why are you still weighted towards large-caps? 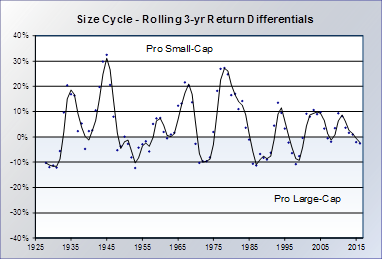 Q: The election is coming up next month and I am worried about how it will effect the stock market. How concerned should I be?

A: The election will certainly be watched closely by investors over the next month.  While neither candidate enjoys strong popularity ratings, betting markets and most poll aggregators, like Nate Silver’s FiveThirtyEight, currently show around a 90% chance that Hillary Clinton will win the election. But no matter who emerges as the President Elect November 8th, the positive news for investors is the split of power in DC is likely to continue, ensuring extreme ideas floated by either party are kept in check.

Many investors assume the outcome of the presidential election materially impacts the stock market but it is irresponsible to make such a claim with any degree of certainty. Per the chart below, Presidential elections have largely proven non-events for stocks as the trend of the market before the election typically continues after an election.

Q: The election isn’t the only big event coming up this quarter. The Federal Reserve is likely to raise interest rates in December. How do you plan on handling the probable rate hike?

A: While many investors are concerned about the election, we believe the Federal Reserve’s monetary policy decision is the upcoming event more likely to have an effect on the stock market. Somewhat counterintuitively, stocks have historically performed well following interest rate hikes. While a rate hike tightens monetary policy, the Fed doesn’t raise rates unless its members believe the economy is picking up steam. Employment gains, wage increases and GDP growth typically overcome the tightening effects of the interest rate hike. In fact, research suggests there is a large and statistically significant excess return of the stock market on days of scheduled FOMC announcements. 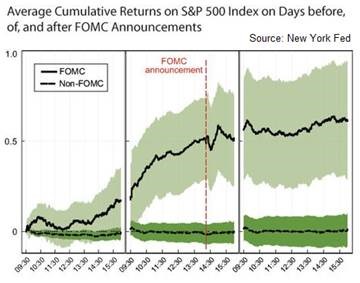 The Fed has telegraphed its likely hike in December for some time and the market is already pricing in the expectation of the rate hike. Our strategy to deal with the rate hike is to stay invested and avoid short-term market timing temptation.