Small stocks are often viewed as riskier investments so when the market sentiment switches “risk-on,” as it did in July, these stocks often outperform. They also tend to be more focused domestically than their larger peers, shielding themselves from some overseas risk and a strengthening dollar. The long-term trend still favors large-cap stocks as the recent small-cap shift was not strong enough to change the trend, but this is something to watch closely over the coming months. 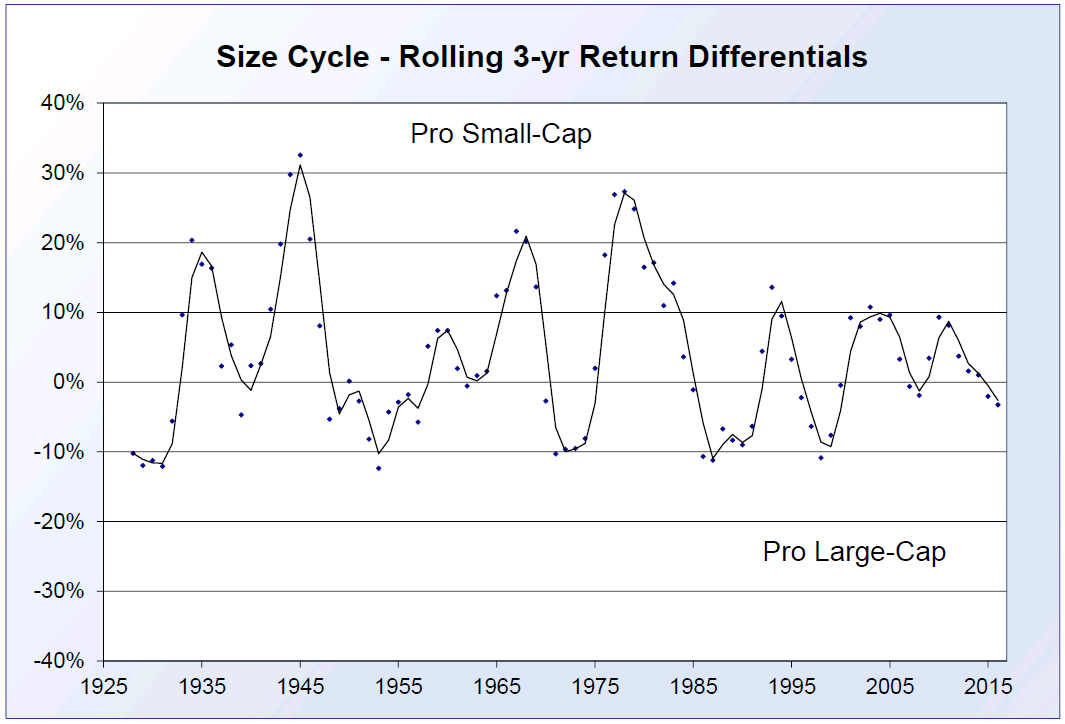 Growth stocks slightly outperformed value stocks in July but not nearly enough to change the year-long value edge. Value stocks haven’t seen as large of a 12-month performance edge relative to growth-stocks since the early 2000’s. While there is some evidence that small-caps are gaining momentum vs. large-caps, there is much less evidence of a similar shift with style.

Unsurprisingly given the relative outperformance of small-growth stocks, the Information Technology, Healthcare and Consumer Discretionary sectors all bounced back in July. For each of these sectors, nearly all of their year-to-date return is attributable to July. Defensive sectors have still outperformed year-to-date but now all sectors are in positive territory for the year.

While VIX dropped below recent lows as the market reached new highs, the yield curve narrowed, squeezed both by falling long-term interest rates and rising short-term interest rates. We watch the yield curve because of its utility as a leading indicator for the economy’s health. A narrowing term spread can be a warning sign and a negative term spread typically signals a recession on the horizon. Falling long-term rates in the past were the result of a slowing US economy but there is reason to believe the yield curve compression is not likely signaling a recession ahead this time. External factors that don’t have anything to do with the US economy – Brexit, international weakness, global search for yield – are the primary drivers in Treasury yields making the term spread less reliable than usual.