The stock market enjoyed a remarkably quiet month of August as the S&P 500 finished flat and did not see a single day in which it moved more than 1%. In fact, on July 12th the S&P 500 was down 1.5% and has not seen a greater than 1% move since then. What a contrast to last August! This relative calm is reflected in VIX, the market fear gauge, though VIX only measures expected volatility 30 days out. 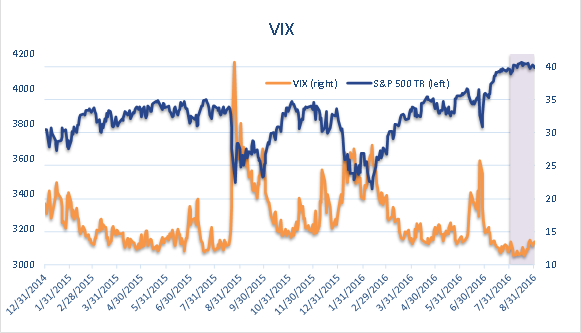 Longer term measures of volatility are higher than normal suggesting possible future volatility. In an election year, especially an election year with two unpopular major party nominees, this perhaps should be expected, though there are other explanations as well.

Small caps continued the trend we saw earlier in July as the small-cap Russell 2000 index outgained the S&P 500 by 1.7%. This trend is still not strong enough to change the long-term trend though it is something we are watching closely. 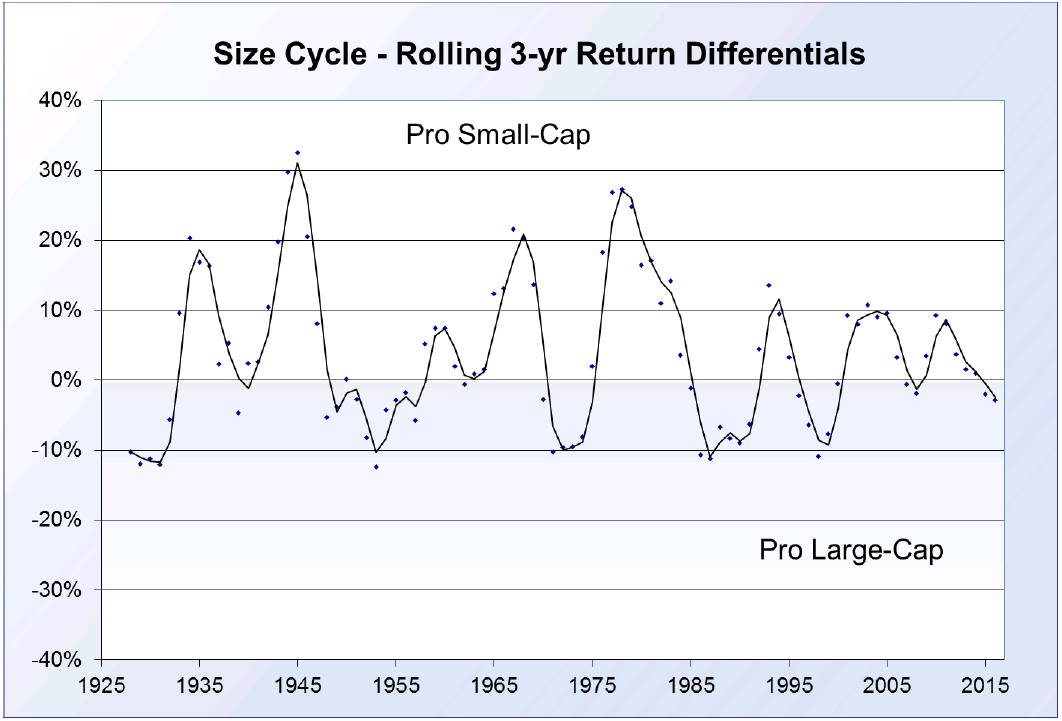 Utilities, telecom and healthcare stocks declined in August though all sectors have shown positive performance for the year as a whole. It will be interesting to watch the performance of financial stocks ahead now that REITs were carved out to form the 11th sector. REITs served to prop the sector up in recent years.